Click images or cart icons to open the Pro Lightbox with eBoutique. Feel free to select digital downloads and print sizes, and then proceed to the checkout page. Click Paypal and Pay with Card links to pay on the interface. 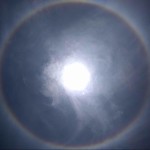 Entrepreneur, born in France, somewhat travelled and settled not without some difficulties about 16 years ago in Chiang Dao Thailand with my partner and her son.
Now part of the Thai & Lisu family in Thailand.

In 2004, We co-opened with my future wife a fashion/casual clothes and accessories small business. Being able to sleep above the shop was sparing a rent cost for us.
We called the shop “Amima’s Shop”!
Not very original! My wife’s name is Amima.

The first daughter’s name in a Lisu family is Amima, and the first boy is called Attapa.

Amima’s Shop success is due to the unbending will and work, dedication to grow socially, strength and an exceptionally rare resilience against all the odds and circumstances by Amima. Amima used to tell me how once she will own the place, they will stop all these bad or ill behaviours. They didn’t.

Our success or Amima’s Shop success had us thinking years ago, and envisaging the possibility of reproducing a similar schema for others who could become autonomous by earning enough to feed oneself and eventually a family. And why not more?

A similar concept based on Amima’s Shop supported by micro-credit with 0% or little interests or even grants through crowdfunding or else gave us some organizational occupation.
Another need there is with financial support as necessary as commercial, is a physical presence.

Knowledgeable support was needed,
A reassuring presence for:
Assistance,
Follow up
Simplification for book-keeping, and a couple of other
Routines easy, but repetitive
Budgeting, ex: 1 small salary to stick to for one-year min
Explanations and more when targeting similar profiles often illiterate.

Illiterate but with tremendous abilities and will at all ages. My wife was 35 yo or so and did it. Now both 55 years old, could buy the shophouse a new car and much more.

Once Ami was able to carry on by herself, and we almost paid for the credit, we could try to focus and start my occupation; a mobile computing drop-shipping business.

EWS, TEWS or Trade East-West-Sales was at first an ambitious platform making one think a kind of Amazon or eBay like a business. The aim was high, but the master words were then to being disruptive and setting the target high.

The whole flow of business leaders I’ve decided to follow was lead for most by the highly successful and young or older leaders to support possible potentials, and quite a few made it high between 2010 and 2016.

Either unarmed, poorly educated or unknown possibilities in a “sleeping state” or with a belief of inability. Unaware of their abilities as leaders to awake and be given a chance or more as becoming a successful entrepreneur. Maybe more in an online business deployment as general compute seemed and has a future in all and everyday use.

EWS or TEWS was a dual e-platform with a retail and a wholesale side. Drop-shipping used as retail; we needed to adapt to wholesale. As we did not know whatsoever or so little, tutorials and on-field/on-site learning have been the way to go.

Mobile Computing was aiming at allowing better access to communication, education and culture tools in remote areas. Solar and clean energies at home, farms and portable.
Solar portable or not batteries and chargers. LED lighting at home, office and urban furniture. Hi-tech, tech and electronics, CCTV and video recorders. Electric bikes, mountain or road.
The better for Less..!

For
Communication with parents or friends away
Education
Culture
Entertainment
and more.

In 2011, when we started the TEWS EWS projects, we switched from Microsoft Windows to Linux Ubuntu and many other GNU or open-source Linux distributions OS later.

EWS other goal was to have a few apps converging into a kit of apps a ‘work-kit’. This ‘work-kit’ would allow people with handicaps visible or not, people willing to work individually but unemployed, not feeling as good in a team, as well as other jobless to work with no or little or and minimum knowledge. And with the possibility to earn a living.

Grow Learning Hi-Tech compute Linux Open Source AI EI IOT Blockchain… Tourism culture tradition social healing photography writing recycle environment. These are but a few subjects we enjoy keeping informed on and act upon through the form of Business projects or plans we will execute asap or when you the 4+ are ready.

Photography is almost a reflex. Finding that depending on how we look at something, this thing changes.
I enjoy taking pictures and like to believe in immortalizing whatever I shoot with my smartphone or camera.
Landscapes, mountains, megaliths, stones and rocks, trees and barks plants and crops. Insects, birds and animals, shapes and much more.
Tourism, cultures, traditions, places of interests, cultural or historic sites, trekkings, national parks, wildlife Sanctuaries
Writing is as much about remembering as it is therapeutic or a way to better deal with lacks or exaggerations I tend to get much often carried away too quickly.
Recycling, pollution, clean or alternative energies, solar or else for a better lifestyle is a priority with the environment, the earth and its contents organic for most.

This site uses Akismet to reduce spam. Learn how your comment data is processed.

Do Not Sell My Personal Information